EU green recovery package sets a marker for the world

Described as ‘gorgeous’ by the man who found it, the great fox-spider has not been seen since 1993One of Britain’s largest spiders has been...
Read more
Latest News

‘They give me the willies’: scientist who vacuumed murder hornets...

Chris Looney helped dismantle the first nest of Asian giant hornets in the US. Now he’s preparing for the next stepThe eradication of the...
Read more
Latest News

Country diary: boulderers make the most of the rocky terrain

Llanberis, Gwynedd: They felt at the initial holds, arms taking their weight, toes stabbing at edges and pockets that might afford some liftDriving up...
Read more

The European commission has put down a marker for the world with its green recovery package. It sets a high standard for other nations, using the rebuilding of coronavirus-ravaged economies to tackle the even greater threat of the climate emergency, in principle at least.

With the world fast approaching the point when climate chaos becomes inevitable, how the trillions of recovery dollars – or euros – are spent is a use-it-or-lose-it moment, so what the EU does really matters. Climate change is a global crisis, meaning all nations must act and some must lead the way.

Under Donald Trump, the US is slashing green protections while the biggest polluter, China, is sending mixed messages by backing coal power stations as part of its recovery. The UK, host of the next critical UN summit, has been all but silent.

The EU’s plan seeks to pour money into emissions-busting sectors: EUR91bn (GBP81bn) a year for home energy efficiency and green heating, EUR25bn of renewable energy, and EUR20bn for clean cars over two years, plus 2m charging points in five years. Up to EUR60bn will go to zero-emissions trains and the production of 1m tonnes of clean hydrogen is planned. 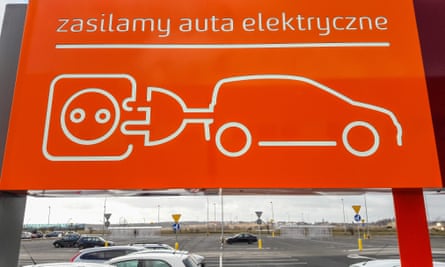 At least a million green jobs will be created, with workers in polluting industries helped into new roles, a critical part of the plan. Increasing the Just Transition Fund more than fivefold to EUR40bn minimises the risk of protests against green measures, especially in states with the heaviest coal use such as Poland, Germany and Romania, which will be among the biggest recipients. This is politically necessary, despite investment in the green economy already being a no-brainer.

The EU plan may even have a direct impact on the rest of the world, with a border tax on carbon-intensive industrial imports from other nations potentially raising up to EUR14bn.

But despite the European commission saying “public investments in the recovery should respect the green oath to ‘do no harm'”, critics worry there are no hard guarantees against the money seeping into dirty projects. The Covid-19 crisis has seen polluters lobbying hard for bailouts.

The Just Transition Fund will be routed through the European Investment Bank, but campaigners say its climate criteria allow the backing of gas projects that would lock in emissions for years. Another key fund, the EUR150bn React EU programme, allows member states to decide how to spend the money – most of the almost EUR2tn in coronavirus rescue funds spent by EU nations so far has had no green guarantees.

Worse, say critics, climate conditions on large parts of the main EU budget have been lifted for three years because of the pandemic. The proportion of the budget reserved for climate projects remains stuck at 25%, despite demands by the European parliament and many others to raise it.

The commission rejects these criticisms, saying the “objective of the green economy is present throughout the whole management of the funds”. Whether this oversight proves effective will be the critical test.

Nonetheless, green-leaning business and investor groups have welcomed the recovery package, calling it bold and substantive. To turn it into reality, there will now be weeks of wrangling between EU countries to finalise the deal.

We must hope that they, and the rest of the world’s nations, in turn, bear in mind the words of the EU commission president, Ursula von der Leyen: “Sooner or later we will find a vaccine for the coronavirus. But there is no vaccine for climate change. Therefore [we] need a recovery plan designed for the future.”

The loss of summer sea ice in the Arctic is now very likely before 2050, new research shows, even if the carbon emissions driving...
Read more

A majority of Australians surveyed in the latest Guardian Essential poll believe it is likely there will be a second wave of Covid-19 infections...
Read more

Environmental campaigner Greta Thunberg has hit out at world leaders for wanting to be pictured with her to "look good". The 17-year-old became a global...
Read more

We are ready to unveil results of contests by InstaForex!

It's always a great pleasure to announce the names of those who won the following interim contests and campaigns by InstaForex: Chancy Deposit, InstaForex...
Read more

The enormous size of a prehistoric mega-shark made famous in Hollywood films has been revealed for the first time in its entirety by a...
Read more
Trading With Politics