Britain beyond lockdown: can social and climate justice come together?

Republicans want to open pristine Alaska wilderness to logging. This...

The Tongass forest sequesters 3m tons of C02 annually, the equivalent of removing 650,000 gas-burning cars off the roads every yearForests are the lungs...
Read more
Latest News

Republicans want to open pristine Alaska wilderness to logging. This...

The Tongass forest sequesters 3m tons of C02 annually, the equivalent of removing 650,000 gas-burning cars off the roads every yearForests are the lungs...
Read more
Latest News

Can California’s top wine region survive the era of megafire?

Can California’s top wine region survive the era of megafire?

As the climate crisis brings increasingly unpredictable fire seasons, the future of the $43bn industry is uncertainThe Silverado Trail, a two-lane road that weaves...
Read more

During lockdown, the wild grass in Bristol’s Greenbank cemetery has grown higher than many of the tombstones, transforming the land above the dead into a gothic meadow. Nominally closed to the public before 4pm each day, the grounds are a popular location for joggers, strollers and dog walkers, who enter through a gap in the fence. For Zakiya Mckenzie, a local writer, this is the furthest from home she has been in three months, but she has chosen this spot for an interview because of its historic symbolism – a subject that has has come to the fore like never before in the wake of the pandemic.

She leads me down wooded slopes to a waist-high monument set in a glade, a little apart from the other tombs. It is the relocated grave of a group of Baptist people, including Fanny Coker, who was born a slave in the Caribbean island of Nevis in 1767 and died in Bristol in 1820, serving as a housemaid to one of Bristol’s wealthiest plantation-owning families.

Simple, secluded and shared, the stone could hardly be more different from the elaborate statue of the slave trader Edward Colston, which held pride of place in the centre of Bristol until last month, when it was pulled down by Black Lives Matter activists and thrown into the harbour.

For Mckenzie, this is part of an overdue reconsideration of the wealthy, predominantly white world’s mistreatment of other people and the environment.

“This is the perfect time to discuss land and history. A lot of people are upset that Colston’s statue has been pulled down. We must discuss why,” she says. 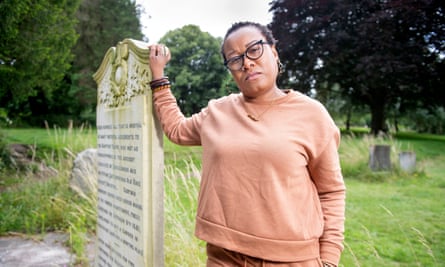 Since 2016, Mckenzie has been working as part of the Black and Green Ambassador project that aims to address the exclusion of black, working class and immigrant communities from the largely white, middle class environmental movement.

She has focused on nature walks, field trips and discussions on the Ujima community radio station, while also encouraging green groups to make more space and time for different voices and a greater understanding of the global, structural cause of the climate, nature, health and inequality crises.

In the wake of the lockdown there is strong public support for a fundamental rethink. A substantial majority want big or moderate changes in the way the economy is run, while only 6% are opposed to change, according to a recent YouGov survey. Prominent figures from business, unions, the bureaucracy and the church have echoed the need for a “fairer and greener” rebuilding.

While there is scant recognition of the need for environmental justice at the national government level, communities have proved more adept at linking global environmental concerns with local social inequalities.

Bristol has been at the centre of both the problem and the search for solutions. In the early 18th century, this city in south-west England profited from the slave trade and monoculture plantations more than anywhere else in the UK. Over centuries, the city’s merchants financed more than 2,000 voyages on a triangular trade route: first taking British manufactured goods to Africa, then cramming the hold with slaves for transport to plantations in the West Indies, and finally returning with sugar cane and cotton.

The human and environmental toll continues to be felt today, but Bristol is also going further than most in trying to address the consequences. This was the first major city in Europe to directly elect a black mayor, the first in the world to declare a climate emergency and the first in the UK to be named a European green capital.

There has been tension between largely white, middle class environmental activists who say the climate should come before all else, and black and working class communities who are more focused on day-to-day economic inequality. But the mayor, Marvin Rees, says the ultimate goals are aligned.

“These are not separate agendas,” he said. “The climate is an issue of social justice. People hit first and hardest by the destruction of the planet look like me and my father.”

Bristol has promised to go carbon neutral by 2030, which is the most ambitious target of any city in the country and 20 years ahead of the national government, but even before the pandemic it was off-track, and the lockdown has punched an GBP80m hole in the city’s revenues from council tax and business rates. Rees said he would be looking for savings from climate interventions and flood defences rather than frontline services, such as care homes and refuse collection.

This triage of today’s crisis over tomorrow’s was reluctant. Rees wants the central government to intervene by front-loading planned investments in retrofitting homes, public transport and decarbonising the energy system. The focus, he said, should be on creating jobs in the transition to clean energy. “There is no doubt the next shock will be the climate shock. We can’t get away from that,” he said. “But we need to remember the green economy is also about housing quality, not just wind farms.”

Nobody needs to tell that to the working class community of Lawrence Weston. This post-war housing estate in north-west Bristol is one of the lowest income neighbourhoods in the UK, but it has also gone further than most in marrying local social concerns with climate strategy. This is thanks to a strong community spirit, a supportive council and a nimbleness in adapting to crises.

During the depths of austerity in 2012, the city threatened to close the local youth centre, so a group of residents took over the building and made it a community hub for debt advice, mental health counselling, veterinary advice, craft workshops and classes for zumba and kickboxing. During lockdown, they have repurposed the building once again as a distribution hub for food parcels and prescription deliveries.

Mark Pepper, a lifelong resident who works full-time as the project development manager of Ambition Lawrence Weston, said the lockdown had strengthened the community and made people more determined to push ahead with infrastructure projects that could make them more resilient to future shocks. 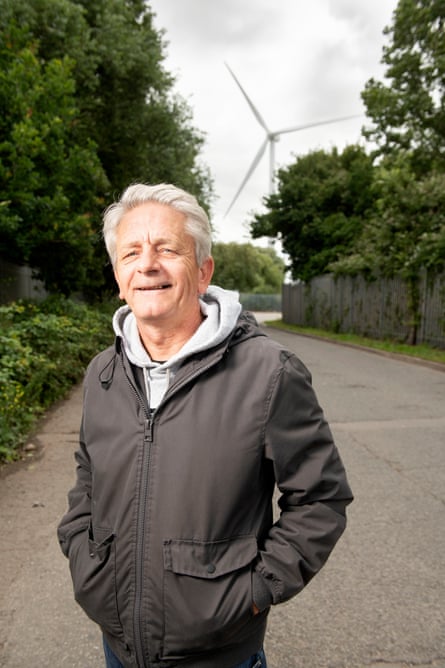 He says residents realise they can make money and save the planet at the same time. Helped by donors, including a lottery-funded Big Local budget and a 50% share in the profits of a solar power plant, they have hired specialist consultants to help them draw up an ambitious community action plan to build affordable, environmentally friendly housing, install new charging points for electric cars and improve cycle access.

Residents – 70% of whom say they struggle to pay heating and electricity bills – can use a mobile phone app that employs thermal imaging to spot weaknesses in the energy efficiency of their homes. Local traders then fix the draughty windows and insulate the lofts, but only charge a fee to those who can afford it.

“We’re doing a lot on climate, but only by accident,” Pepper says. “We used to think the climate was a middle class problem, that had nothing to do with us because we have low car ownership and few people take foreign holidays. Our residents have more pressing worries like paying the rent, heating their homes and buying enough food for their families.”

But they now see it as a way of investing in the future. Later this month, Pepper – who left school with no qualifications – is expecting a response to the community’s proposal to build a GBP5.4m wind turbine. The planned 4.5MW tower would be erected 3km from Lawrence Weston and generate enough electricity to power 3,850 homes and generate an income for the community of between GBP50,000 and GBP400,000 a year depending on borrowing costs.

“We want an economic return as well as a reduced carbon footprint. We’ll use the cash for a training academy so that residents can get good jobs in renewable technology, energy efficiency and passive building construction,” Pepper says.

For him, this is a question of independence. “We hope that after Covid there is more recognition for grass-roots social infrastructure that enables us to help ourselves more,” he said.

Encouraging more collective ownership may seem a thousand miles away from the government’s policies, but many believe this is key to engaging a wider community to reduce emissions, care for nature, and address prejudice and inequality. Other countries have demonstrated that this coming together of people, energy and land does not need to be a distant utopia.

In Germany, nearly half of renewable energy is cooperatively owned, in France more than half the agriculture market is farmer cooperative owned, compared with 6% in the UK, and in the global south, communal forest management is more effective at carbon sequestration than government-run programmes.

The poet Mckenzie is optimistic this crisis will open doors and strengthen communities.

The felling of the Colston statue has inspired her to start writing again, after being blocked for the first couple of months of lockdown. She is venturing out further physically and moving campaign activities online, which makes them more accessible. The Black and Green Ambassadors project has also received a grant from the national lottery to recruit three new ambassadors and a full-time administrator. “It’s very exciting. This is our baby,” Mckenzie says.

She also plans to promote the idea that well-being needs to be made more of a priority than economic growth. “The pandemic has made us realise the importance of essential workers and nature. We’re all interconnected,” she said. “We can’t just go back to business as usual. That would be to the detriment of everyone.”

In a beautiful meadow filled with wildflowers and birdsong, a man of late middle age wearing a faded camouflage sun hat knelt beside a...
Read more

Extreme weather events have increased dramatically in the past 20 years, taking a heavy human and economic toll worldwide, and are likely to wreak...
Read more

Scientists are warning of a link between rapid warming and landslides that could threaten towns and tourist attractionsIn Alaska and other high, cold places...
Read more

Dear customers, Due to corporate events at Occidental Petroleum Corporation, CFD trading on # S-OXY stocks will be suspended starting from 03/07/2020. All open...
Read more

In this second episode of our age of extinction takeover, Patrick Greenfield and Phoebe Weston explore the impact that conservation and national parks can...
Read more
Trading With Politics