‘Tired of being the canary in the mine’: pressure grows to push oil and gas wells away from homes

Country diary: the sacred giants of the dung-beetle world

The year seemed finely balanced as we ambled down to the pond at Little Barbrook in the evening sunshine. Bracken was crisping to bronze...
Read more
Latest News

The wealthiest 1% of the world's population were responsible for the emission of more than twice as much carbon dioxide as the poorer half...
Read more
Latest News

My country may be swept away by the climate crisis...

My country joined the United Nations nearly 30 years ago, in September 1991. But unless my fellow member states take action, we may also...
Read more
Latest News

The Guardian view on a just transition: make the red...

As Britain confronts the unemployment crisis that will blight so many lives this winter, the chancellor, Rishi Sunak, has promised to be "creative" in...
Read more

Ashley Hernandez was in middle school when her family moved into its first house, in the Los Angeles neighborhood of Wilmington. For years, her undocumented parents had moved around in search of steady work, gone without meals, rented out too-small apartments. Finally they had a place of their own, with three bedrooms and even a yard.

“My parents were really excited about that American dream that we’d always talked about,” Hernandez said.

But their new home was just 500 feet from an active oil drilling site.

It wasn’t long before the family learned to keep the windows shut so they wouldn’t breathe in particulate matter. Soot piled up on their cars. The lights and the noise from the oilfield made it hard to think. Hernandez regularly woke up to a pillow soaked through from a nosebleed that ran all night.

Wilmington is the home of the Port of Los Angeles, but it is also host to the largest oilfield in the state by production, the third-largest in the nation. Logos for oil companies such as Marathon and Valero crop up at the local library branch, the YMCA, even stamped on free pencils they give out in schools. Today, the 27-year-old Hernandez still lives with her family near the oilfield, and works as an advocate for residents who face health issues they blame on oil drilling. She’s also part of a coalition pushing California lawmakers to establish a setback: a minimum distance oil and gas developments must keep from homes, schools, hospitals and other sites.

Experts say that more than a decade of research – including two new studies out of California, and one on a Texas community – has made it clear that current setback distances, in states where they exist, are inadequate to protect public health. Now, political pressure to push oil and gas wells about half a mile from homes and other buildings is peaking across the country, over industry alarm that such measures could amount to a de facto ban on drilling.

A patchwork of regulations

In the United States, about 17.6 million people live within one mile of an oil or gas well. Yet setbacks are largely a patchwork of state regulations and municipal ordinances; there is no federal standard.

Many states have a setback requirement, but most are in the range of 150 to 500 feet (45 to 152 meters). The most stringent state rule among the major oil and gas producing states is Colorado’s: a 1,000ft setback from high-occupancy buildings, such as schools and hospitals.

There are currently initiatives to expand setback requirements in several major oil- and gas-producing states. In Pennsylvania, a state grand jury recently released a report after a two-year investigation into the hydraulic fracturing industry and the state’s handling of it. Number one among its eight recommendations: “Expanding no-drill zones in Pennsylvania from the required 500 feet (152 meters) to 2,500 feet (762 meters).” In Colorado, a citizen coalition is pursuing several options for a setback proposal in 2020 after a failed referendum it backed for a 2,500ft setback became a flashpoint in the state’s 2018 midterm elections. And in California, a bill that would force the state to establish a setback (currently there is none related to residences) of up to 2,500ft has passed the state assembly and is working its way to a senate vote.

University of Pittsburgh radiation oncologist Marsha Haley started digging into setbacks after a fracking well was proposed in 2014 for a lot near her then eight-year-old daughter’s school in Mars, Pennsylvania – part of a five-school campus. Given her day job, Haley was concerned about the levels of radiation she had read were in fracking wastewater. The more she read, the more worried she became.

“Putting it 500ft from the school, it just seemed very counterintuitive,” she said. “I was curious how the state came up with that number.”

For a study she published with colleagues in 2016, Haley analyzed setback distances across heavily drilled natural gas shale regions in Texas, Colorado and Pennsylvania. Setbacks, they concluded, were largely not based on data, but on political compromise.

State and municipal setback distances set long ago were based more on “immediate quality-of-life concerns” than on a careful analysis of health effects at different distances, explained Ann Alexander, senior attorney with the Natural Resources Defense Council.

“Oil and gas wells are noisy and ugly and they smell bad,” Alexander said. States and local governments trying to reach agreements with residents and industry players, she added, essentially “threw a dart at a board”.

“You ended up with setbacks that were way less than what the new science suggests is necessary.”

Those findings have tended to focus on health impacts that can be easily tied to geography.

Studies on births and childhood cancers, for example, involve subjects whose residences are recorded on birth certificates and who are unlikely to have moved around very much. These papers have consistently shown a correlation between proximity to oil and gas developments and negative health effects, from increased stress, dizziness, headaches and asthma, to premature births and low birth weights, hospitalizations for heart conditions, bladder cancer and leukemia. 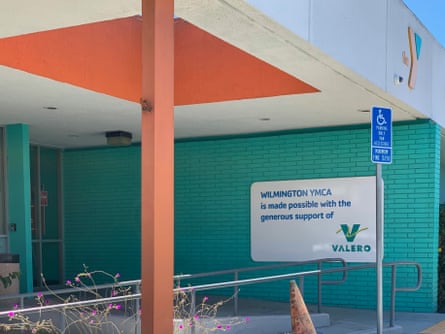 The health issues, scientists say, are tied to noise, as well as air and water pollutants emanating from oil and gas developments, including carcinogenic compounds such as benzene, and diesel exhaust from trucks.

Most of the studies in this arena so far have focused on the technology of fracking, but the two recent California studies now link some of the same health impacts to conventional oil and gas wells.

In one, researchers at Stanford University analyzed close to a quarter-million births between 1998 and 2011 from mothers living within six miles of oil and gas wells in California’s San Joaquin Valley. Controlling for outside factors, the team found that the closer to the wells the women lived, and the more wells they lived near, the more likely they were to experience pre-term births.

“A key next step, I think, is finding out explicitly how close you need to be to a well for it to cause harm,” the study’s co-author and Stanford associate professor Marshall Burke, said in a press release.

What is a ‘safe’ distance

The question of a “safe” distance from oil and gas development has been debated for years. An influential 2014 University of Maryland analysis recommended a 2,000ft (609 meter) setback, based on an assessment of potential hazards including air and water quality, noise levels and earthquake risk. A 2018 survey of experts across health and environmental sectors reached a consensus that setbacks should be at least a quarter-mile, or 1,320ft (402 meters).

For its part, the oil and gas industry sees steeper setbacks as threatening its very existence. In Colorado, the industry spent $40m to defeat the 2018 setback referendum, outspending advocates 43 to 1. The setback requirement would have applied to any new development permits, and also to the repermitting of old wells that had been abandoned. An analysis of a potential 2,500ft (762 meter) setback conducted by a state agency found that it would have made 94% of non-federal land off-limits for drilling.

“That’s a ban, and we campaigned hard to defeat that ban,” said Dan Haley, Colorado Oil and Gas Association president and CEO, via email.

As for the health risks to those living nearby, Haley cited a 2019 report by the Colorado department of public health and environment, which used emissions data from oil and gas operations in the state to estimate potential health risks. “Even during those hypothetical, worst-case conditions, the study found there would be low health risks from any acute emission exposure,” he said. “And perhaps most importantly, the results confirmed there are no anticipated long-term health impacts, including cancer, for people living near oil and natural gas development.”

When it comes to the current epidemiological studies, like the two new ones in California, Uni Blake, a public health toxicologist at the American Petroleum Institute, said that they rely on estimates based on how close people were to facilities, not actual exposure levels. She said the industry is following best practices and government regulations to minimize or mitigate exposures to potentially harmful substances.

‘I feel the shaking and quaking’

The California setback measure was first introduced in 2019 and is backed by a broad coalition including the Center on Race, Poverty & the Environment; Physicians for Social Responsibility-LA; the California Environmental Justice Alliance; FracTracker Alliance; and the local Wilmington group Communities for a Better Environment, where Ashley Hernandez works as an organizer.

If passed, the California setback requirement would probably apply to new permits. But there is potential to also include permits to rework an existing well – deepening it, reboring it, drilling a new borehole right next to the old one – so that eventually all existing wells within 2,500ft of a home would be phased out.

Nonetheless, a large coalition of groups including the Los Angeles Area Chamber of Commerce and several state and local Black and Hispanic chambers of congress, have united in opposition.

“A one-size-fits-all approach for the entire state does little to protect health and safety and will result in a significant loss of jobs and cost the state billions,” said Catherine Reheis-Boyd, president of the Western States Petroleum Association, a member of the coalition.

Back in Wilmington, Hernandez is sure that, at the very least, 600ft is too close.

“The best way to protect people from the impacts of oil drilling is by keeping it in the ground,” Hernandez said. “We want to see a setback. We’re not taking anything less. I feel the shaking and quaking. I’ll smell something and I’ll just get scared. And I’m tired of people in my community being the canary birds in the mine.”

Inside the DRC’s safe haven for endangered primates

A passenger looks at the hills of South Kivu from a boat bound for the city of Bukavu Conservation authorities have created a safe haven...
Read more

‘More masks than jellyfish’: coronavirus waste ends up in ocean

Conservationists have warned that the coronavirus pandemic could spark a surge in ocean pollution - adding to a glut of plastic waste that already...
Read more

The Tories' proposals to overhaul the planning system in England are well-timed, strategically impressive - and utterly disastrous. One of the first big examples...
Read more

Public holidays in the USA and UK

Dear Clients, Due to Memorial Day - public holiday in US and spring Bank holiday in UK on 25th May 2020, payments in US dollars...
Read more

Trading hours for ASX200 to be changed due to Australia DST

Dear clients,Due to Australia following daylight savings time on the 6 April, 2020, trading hours for the ASX200 stock index will to be changed. Starting...
Read more
Trading With Politics