Dog rescue organisations are appealing for Eurotunnel to clarify new rules clamping down on the rising numbers of animals being brought into the UK.Rescue...
Read more
Latest News

Animals Farmed: Falling antibiotic use, mink cull and and a...

Fears for environment after 50,000 fish escape salmon farm in...

An outbreak of 50,000 Tasmanian farmed salmon could potentially "pollute" the marine environment, according to local environmentalists.The fish rushed to freedom after a fire...
Read more
Latest News

Landscape of fear: why we need the wolf

There's a monument near Brora, 60 miles short of John o'Groats, that claims to mark the spot where the last wolf in Sutherland was...
Read more

Woods that inspired Beatrix Potter and John Constable could be lost because of a surge in a disease affecting ash, the National Trust has warned.

The conservation charity said it faced its worst year on record for felling trees owing to ash dieback, in part due to one of the warmest and driest springs on record. Increased prolonged hot and dry conditions driven by the climate crisis were putting trees under stress and making them more susceptible to disease, dramatically speeding up the impact of ash dieback, the trust said.

It said the Covid-19 lockdown meant rangers who would ordinarily carry out felling and maintenance work to ensure tree safety had not been able to do so, leaving them having to play catch-up.

While the National Trust has felled about 4,000-5,000 trees a year in recent years, largely because of ash dieback, this year it faces having to cut down around 40,000 trees, with a bill of GBP2m. Landscapes under threat include the Cotswolds, where more than 7,000 trees will have to be felled in the coming year. In all, the trust expects to fell more than 15,000 trees in south-west England.

Woodlands around the home of the painter John Constable, in Flatford, Suffolk, are also under threat, as are sites in the Lake District that inspired Beatrix Potter, including Troutbeck Park farm, which she managed, and High Oxen fell. 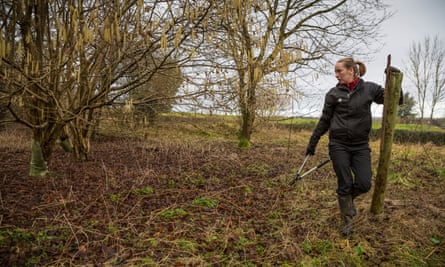 The National Trust said other woodlands, including the ravine woods of the White Peak in Derbyshire, where ash trees cling to the limestone of the steep dale sides, will change beyond recognition.

Luke Barley, a tree and woodland adviser, said: “Ash dieback is a catastrophe for nature. Our landscapes and woodlands are irrevocably changing before our eyes, and this year’s combination of a dry spring and late frost may have dramatically sped up the spread and severity of ash dieback. It is nothing new, but the speed at which it is spreading seems to have been exacerbated due to the weather, and the time and expense necessary to tackle it contributes to the perfect storm we are witnessing.”

The charity, which needs to save GBP100m because of the pandemic, is appealing to the public to replace lost woodland by donating to the Everyone Needs Nature campaign via its website.

Previous articleNew coin reward rates and future prospects
Next articleCambridge is right to join the flight from fossil fuels. But divestment is just a start

The Citizen’s Army: why 1.3m of us could be called up to fight giant hogweed

Name: The Citizens' Army. Age: As a concept, ancient; as a mobilised force, still in the planning stages. I'm ready. Sign me up. Really? Yes, really. I've...
Read more

Gold enabled as a new currency in Admiral Markets wallet

We are excited to announce that from Thursday 19 March 2020, Gold will be enabled as a new currency in the Admiral Markets wallet...
Read more

The leverage decreased earlier facing US elections and is now reconsidered to the following levels Index CFDs and Gold XAUUSD leverage is increased...
Read more

No one was ready for 2020. None of us was really prepared for the bushfires, or coronavirus, or the fear and uncertainty about what...
Read more

The Guardian view on Covid-19 and transport: walk to the future | Editorial

It is clear that the ways we travel, and use transport, will not be the same after the coronavirus outbreak as they were before....
Read more
Trading With Politics