The new farming year started with a bang on Guy Fawkes night after we loosed seven tups among the yows on our upland farm on the edge of the Howgill Fells. My son and I had spent hours discussing the genetic makeup and breeding record of our 11 rams, matching the ones we like best to groups of 30-50 ewes. The other rams will be brought in later, to “clean up” any yows missed in the first cycle.

Yows start coming into season after the autumn equinox, and ours had two “teaser tups” with them for a couple of weeks to hurry that process along. Blissfully unaware of the consequences of the vet’s visit earlier in the year, these vasectomised males pursued the yows, nudging and sniffing them to see if they would be receptive to mating, thereby kicking their hormones into action (ewes come into heat every 17 days). 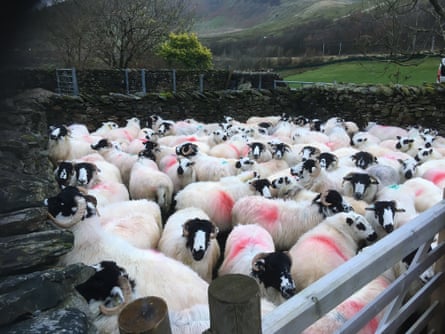 We stood and watched as the rams strutted across the fields to introduce themselves. (There is always a lot of standing around and watching in shepherding.) The tups curl back their top lips to sniff out which yows are ready, then approach them, flicking their tongues in and out.

“He’s keen,” said my son, admiring a recent purchase from Bentham auction. “Off and working straight away.” Nobody likes a tardy tup.

The ram, a Beltex crossed with Bluefaced Leicester (a sturdy sheep with large rabbit-like ears), spent all of several seconds sniffing the air before deciding on a mate – one of our older, more experienced Rough Fell sheep. Haughty and aloof, she did not, as expected, present her rear to him, so he booted her into position with his front leg to mount her. 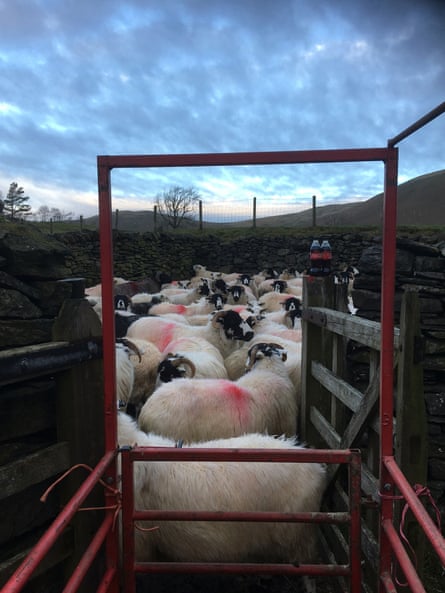 When, after a couple of seconds, he was finished, the ewe was left with a patch of yellow-stained wool near her behind, thanks to the crayon block strapped around his belly. These marks show us which ewes have mated, and, assuming they conceive – 95% of them will – when their lambs are due (the second group will have blue bottoms). The first yellows will give birth in April, and the thought of lambing time in the spring will see us shepherds through the dark winter days to come.

Who does Unesco think they are? Listing the Great Barrier Reef as ‘in danger’! After all we have done for it! | First Dog...

Poo overload: Northern Ireland could be forced to export a third of its animal waste

Weatherwatch: shining a light on the history of sunscreen